ATLANTA — Once or twice a week, the women’s drum circle gathers to practice.  Drum Sista’s members pound and caress the skins, bonding through the rhythm in an atmosphere of like-minded women — activists and artists, all African-American, all lesbian.

It is no accident that they found one another in Atlanta.

The city and its suburbs have, in recent years, become a mecca for black gays and lesbians.  The region now is home to the biggest concentration of black same-sex couples in the South, with nearly as many as the Chicago area, which has more than four times as many blacks.

Many make their homes in Atlanta for the same reasons that tens of thousands of other blacks have relocated to such states as Georgia, Florida and the Carolinas:  a moderate cost of living and the familiar culture of the South, where most black Americans have family roots.

Though Atlanta’s blacks generally reflect African-Americans nationwide — many are religious, socially conservative and critical of homosexuality — lesbians and gays in town are courted by elected officials and they have access to some of the nation’s best HIV-fighting resources geared toward African-Americans.  Each year, the city hosts what organizers say is the biggest black, gay festival in the world.

”I had never seen that many black gay folks in my life, and I was blown away,” said Duncan Teague of his first visit, a two-week vacation from Kansas City in 1985.  ”I was out of the closet, but not as out as I was down here.  I could be whoever Duncan decided to be.  And I was.”

He cashed in his return plane ticket, he said, and has lived there ever since.

”This is our home,” said Mary Anne Adams, a social worker and chair of Zami, an advocacy group for black lesbians that organized the drum circle.  ”This is the place that needs us the most and that we need the most.”

Census data on same sex couples show that the metro areas of New York, Washington-Baltimore and Chicago have more gays than Atlanta.  But local residents and experts say the booming southern city is growing as a destination.

Two years ago, about 15,000 attended Atlanta’s annual black gay festival over Labor Day weekend.  A year later, that number had doubled, said Michael Slaughter, co-chair of In the Life Atlanta, which organizes the event.

”In Atlanta, you can stand out on Peachtree in front of a gay bar and very rarely is someone going to say something to you,” he said.  ”It’s just not the same” in other cities.

And though advocates say more help is needed, a significant portion of the city’s AIDS resources are focused on the black community.  For example, the Ponce Center serves 7,000, most uninsured and black, who are battling AIDS, the top killer of young black men.

David Malebranche, a physician who teaches at Emory University and works at the Ponce Center, said many black lesbians and gays settle in Atlanta because they ”feel ostracized from the white gay community because of racism.  People will migrate to a city where there is a lot of black people in general, and then within that you find your niche.”

”This is still the South.  We have that kind of mind-set,” said LaMont ”Montee” Evans, an advocate and health outreach worker.

”And then we have mega-churches and mega-preachers,” he said, referring to tensions between black gays and some black churches.

In December, Bishop Eddie Long, whose New Birth Missionary Baptist Church in Atlanta reports 25,000 members and counsels gays to become heterosexual, led thousands in a march against gay marriage.  Another local black minister last year called gay marriage ”a threat to who we are and what we stand for.”

Bishop Wellington Boone of The Father’s House church in Atlanta said in an e-mail interview that he does not hate homosexuals but feels morally bound to speak ”strongly against the lifestyle.”

Of Atlanta’s black gays and heterosexuals, he wrote:  ”Other than geographically, the two populations do not coexist.  There is a gay lobby, a gay culture, and gay clubs.  Then there is the Church.”

Tensions have surfaced elsewhere, too.  In 2002 at Atlanta’s Morehouse College, the nation’s only all-male black university, a student suffered a fractured skull after being beaten with a baseball bat by another student who suspected he was gay.

Such incidents help explain ”why so many influential African-Americans (in Georgia) who are gays and lesbians have not come out,” said Chuck Bowen, executive director of Georgia Equality, a statewide advocacy group that lobbied unsuccessfully against a new state law reserving marriage for heterosexuals.

But even so, two small Georgia cities — Macon and Albany — have some of the nation’s largest proportions of black gay couples relative to all gay couples, according to a study by the National Gay and Lesbian Task Force.

”In Atlanta, we have a large gay population that votes,” said Adams of Zami, which awards national scholarships for black gays and lesbians.  ”There are bread and butter issues that the black gay community cares about.  We’re doing better at leveraging that.” 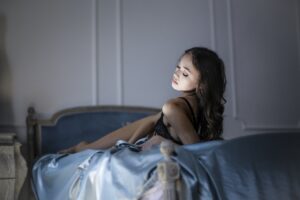 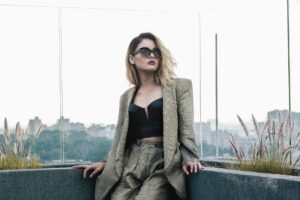 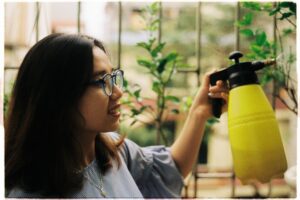